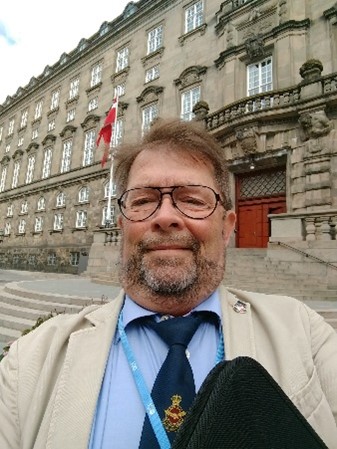 The European Union is moving forward on 5G in the C-band while the spectrum engineering community in the European Conference of Postal and Telecommunications Administrations (CEPT) awaits technical input from industry following a recent plenary meeting.

Suspected radio interference from terrestrial systems into vital aeronautical services such as altimeters must of course be treated with the highest technical expertise. A recent FAA bulletin voiced a suspicion that planned 5G systems officially approved by the FCC in the C-band constitutes such a scenario in the US, though it noted no real evidence. Unfortunately, this has resulted in an expensive delay of the 5G roll-out for several Mobile Carriers.

While Europe has not experienced such interference, a recent CEPT/ECC Member State plenary has decided to issue an official address to aviation systems manufacturers and the European Commission to retrieve the most recent updates of altimeter specifications, such that spectrum engineers can investigate the matter raised by colleagues in the US.

Although this situation surfaced in the US, it has global ramifications. Aircrafts are by nature global roaming machines. Equipment standards and specifications must be scoped for global market. This require cooperation between the US, EU, and Asia Pacific. Already the global Third Generation Partnership Project (3GPP) specifies highly details standards for 5G, enabling global rollout and subsequent generation. The flight systems industry and regulators should initiate joint official standards for altimeters and other vital flight tools. It appears that flight industry has rejected this to date because of added cost, but such a process would diminish interference concerns and improve flight safety-

In the absence of official altimeter standards, the FAA released a bulletin November 2 asking aviation actors to take note of any erroneous instrument behaviour. The operation of altimeters and flight systems is confined to 4200 MHz – 4400 MHz, but the FAA is concerned about the mobile industry’s use of 3.7 – 3.98 MHz, the so-called C-Band (3400 – 3800 MHz), for the delivery of 5G services across the United States, authorized by the FCC.  While no reliable tests could confirm interference, the FCC specified a 200 MHz guard band of spectrum as a precaution, which the FAA previously accepted.

Historically it appears that aviation actors have not wanted to pay for equipment upgrades. The FAA bulletin may be interpreted as a means to make the mobile industry pay instead. Since neither group likely finds such an option reasonable, it seems that going forward there should be an incentive to publish technical altimeter specifications, such that all stakeholders can make needed assessments.

US 5G carriers have postponed the introduction of 5G in the band, even though they are pressured by the Biden Administration and other policymakers to maintain leadership in the global 5G/6G race. It is an expensive business decision by the mobile carriers which have spent tens of billions on licenses for c-band spectrum in addition to billions in rollout costs.

In Europe, the C-band spectrum has been auctioned for 5G, and the implementation is underway. No reports to date have indicated that 5G interferes with aviation. Indeed altimeters operate in the band 4200 – 4400 MHz, almost 400 MHz away from the top end of the applied 5G C-band.  However, the US concerns have crossed the pond.

Attendees at the recent Plenary Meeting of 48-country high-level spectrum and regulatory authorities of the European Economic Community (ECC), which ended Nov 5, decided to initiate a report on the matter, ready for Public Consultation in March 2022. The ECC has received reports of practical tests conducted by Norway and France on aircraft equipment. However, the ECC has not received any technical parameters from industry covering most widespread applied radar altimeters, and therefore it has not been possible to initiate such a compatibility study.

An urgent and official note will now go from the ECC to European Organisation for Civil Aviation Equipment (EUROCAE) and the US Radio Technical Commission for Aeronautics (RTCA) to request technical parameters for radio altimeters. Also the European Union Aviation Safety Agency (EASA), as an Agency of the European Union is requested to provide the necessary information to ECC.

Global Cooperation and standardization of aeronautical devices is needed

Ten years ago, a so-called Mutual Recognition Agreement (MRA) was signed between the EU and the US on the telecommunications sector. The MRA enables industry and regulators to recognize and approve technical parameters and measurements developed by each other’s laboratories. This has proven to speed trust in technology and expedite regulatory measures on both sides of the Atlantic. We need such an MRA globally and should ask national governments for an MRA on the aeronautical electronics sector. This would deliver faster and more credible exchange of vital engineering parameters and smooth resolution of the subject matter.

Note that the mobile industry ensures lawful and technical standards for technology through 3GPP in which technology experts from around the world come together to write the technical specifications for new technology platforms and next generation technologies. In the US, the ATIS organization is partner in 3GPP, while for Europe it is ETSI. Anyone can find the technical specifications for 5G, and assess if a possible victim device can be prone to harmful interference from a 5G radio. It is not acceptable, if the FAA now opens up a lobby for the downplaying of the c-band significance for the test-driven development profile of 5G. Years ago this band was launched and planned for 5G at the highest spectrum authority, the United Nations ITU-R.  The semiconductor industry has spent billions of dollars to design chip-sets ready for millions of 5G handsets and base stations. Similarly mobile carriers spent billions of dollars bidding for the c-band for their next generation mobile services. Had we had similar official technical standards for altimeters, this situation with unknown device characteristics and subsequently raised flight safety issues would have likely never happened, and if so, could have been resolved quickly.

From smart cities to smart cars, to smart factories, the future will be built on ubiquitous microchips connected by wireless networks. Fifth generation (5G) technology promises to bring the high-speed,...