ApplePay: Reshaping the world of payments and banking 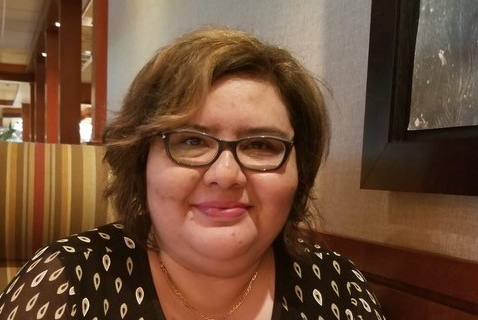 In 2003[1] when the Apple iTunes service was launched somebody I know stated “perhaps in 10 to 15 years” we will get our salaries paid through iTunes, and we will buy everything through it”. Now, fast forward to 2021 and this prediction is on the verge of coming true. In order to make use of the full functionality of the Apple ecosystems, users have to input a credit card to the system, allowing Apple to create one of the biggest and most active consumer ledger services in the digital world. Furthermore in 2014[2], Apple launched ApplePay and made a partnership with Goldman Sachs to provide the Apple credit card.

Those who access the Apple platform are amongst the most wealthy and consumer oriented customers in the world’s digital markets. It is estimated that 1.4 billion people were registered as active users in the ecosystem[3] in January 2021.

The portability of mobile devices and the emotional attachments we have to them make them ubiquitous and rich sources of data to be collected and mined. From the early onset of digital markets – in both physical and digital goods – Apple has been very careful to establish itself as a strong gatekeeper, with many control points over the platform and the ecosystem[4].

So successful is this way of doing business for Apple that it has been able to renegotiate terms of service and profits margins with content developers and programmers, from musicians, book shops, delivery services and newspapers to gaming publishing houses.

ApplePay is a step further in a sector that until a few years ago did not feel it could ever be threatened – in the developed world – by Apple: the banking and financial sector. The experience of mobile payments in Africa and the developing world was mainly driven by mobile operators. Google – whose primary interest has been not to collect payment data from users, but to sell advertising space and collect big data, was also slow in realising the defining relevance of Apple positioning itself as a major player in the world of transactional banking and finance.

Apple has been careful to ensure that it is not perceived as a threat to the current currency system – as some perceive blockchain, bitcoins, ethereal, etc. to be – neither as a niche or alternative way to provide credit to those who, based on current financial rules, could not have access to it such as FinTech. Instead Apple’s strategy has been to select a range of products or services that Apple users identify as appropriate to their brand perception and give the users a special experience, customised if possible, that helps justify the extra money to be paid for such services.

This strategy has won ApplePay significant success and adoption by Apple users, and has caused generations that have grown up with mobile phones instead of computers, and had little or just formal interaction with the ordinary banking sector, to question the need to continue with such a model for dealing with money.

Apple is in a very comfortable position – in many ways better positioned than banks and all sorts of financial institutions worldwide, which are subject to regulation and other extra procedural costs – to gain the most from this new paradigm. Since they are the gatekeepers and holders of the rules for admission to the platform for any service provide or content provider, and some of the internal rules made by Apple may even force developers to withdraw their software, so that competitors with different USPs can be stripped of their uniqueness and value.

Apple has effectively introduced a new sector to provide services in the platform, and waited for a time until the service was stable enough (either by level of subscriptions or technology maturity, to just mention a couple) [ref] to launch Apple branded services that gradually close the open gap to access to the platform and leave Apple as the main collector of profits, either directly or by sharing (30% from apps across the platform). The case of e-health products is one to be studied in detail to understand how Apple works with such a digital strategy.

Based on the history of Apple not only as a hardware or software company but as a self-described experience or lifestyle company, it is consistent to infer that many current banking services and financial opportunities will shift from open platforms to focus on Apple’s platform. This leaves many questions open on the future of banking as we know it and the roles of government, regulation, financial audits and consumer protection to be debated.