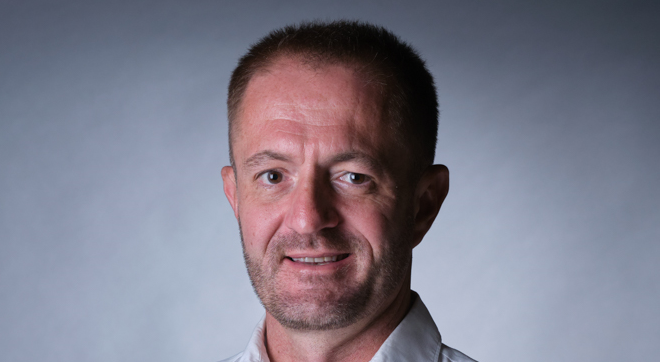 A global policy discussion is underway about how to address shortfalls in broadband investment, rollout, and adoption. Broadband fair cost recovery is a process to realize sustainable business models which honestly and accurately reflect cost to build and run networks through the transparent, objective assessment of all actors in the broadband system. Strand Consult’s report Middle Mile Economics: How streaming video entertainment undermines the business model for broadband introduces this topic, illustrates the actual traffic costs and challenges with real world data, and describes a variety of policy solutions, notably regulatory modernization, incentives to improve the efficiency of video streaming entertainment, and liberalization of price controls which restrict the ability of broadband providers to differentiate through bundles and price.

This note describes the important economic concept of bundling and how it helps close the digital divide. It provides case studies from Australia and South Africa, two countries which have never imposed net neutrality rules which limit operators’ ability to price competitively for people of low-income.

There is an escalating war of words between content and broadband providers that revolves around two apparently opposing statements.

Both points of view are partly factual and partly wishful thinking. They can be broken down into four more likely tenets.

Tenets (A) to (C) are not controversial. One solution is paid-peering which has been examined in recent research from the Institute for Technology and Network Economics (ITNE) and University of California-Irvine (UC Irvine); both papers conclude that depending on the circumstances, the optimal payment could be either zero or from the content provider to the broadband provider or in the opposite direction.

To understand why (D) is completely reasonable, it is necessary to consider the economics of goods (or services) with high sunk cost. Both broadband access and streaming content production have this property although broadband providers have higher ongoing expenses when they increase coverage or have to upgrade their infrastructure to handle higher traffic loads, especially in the middle-mile and backhaul portion of broadband networks which consists of servers, routers, other computing hardware (e.g. fiber optic cables), and the increasing electricity cost to run these machines.

The Economics of Bundles

Pure digital goods are intangible and have near-zero cost of reproduction. The marginal cost of producing an addition unit of a given piece or software or movie is basically nothing. These are often protected by intellectual property law. Pricing of digital goods is about extracting maximum revenue for a given set of consumer preferences through appropriate pricing mechanisms – e.g. subscription TV, Audible etc.

Many goods and services that are not purely digital also have high sunk costs and the marginal cost of production is low. Examples include mobile network usage, gym memberships and (to a lesser extent) fiber connections. Pricing of these goods and services is also driven mainly by how revenue can be extracted for a given set of consumer preferences and bundling plays an important role. We can call these near digital goods. Firms use differential pricing to market these goods, which amounts to charging somewhat higher prices to customers with a high willingness to pay (like upmarket supermarkets) and lower prices to customers with a lower willingness to pay (like discount supermarkets). These goods may be assembled with other digital good and even hard goods like smartphones.

Bundling is a well-known mechanism for increasing consumer welfare. The customer recognizes that overall value of the bundle is a better deal than buying the elements individually. The reason for this is well understood: consumer preferences are highly diverse and by bundling products (and by creating a variety of bundles) it is possible to increase overall sales compared to the case of unbundled pricing. Consumer mobile packages are often sold as bundles of data, voice minutes, SMS and more (often including a handset). Pay television channels are not sold separately but in packages. Bundling is a key feature in markets where information goods are exchanged. Information goods include music and other audio streaming, gaming and subscription television or video streaming services that make up a substantial share of the modern economy.

For bundling to occur, there must be a variety of goods (or services) that can constitute the bundle. This is not an issue for content providers which generally have a variety of content to mix and match. However broadband providers do not have the same flexibility. Generally for regulatory and political reasons they must price uniformly, even though they serve large territories where the cost to serve are higher. Moreover, broadband pricing has limited flexibility to recover up front, sunk costs, particularly that of spectrum, license or franchise fees, rights of way, and other upfront costs which broadband providers must pay to enter the market. Notably if broadband providers could exercise more bundling, they could appeal to more customers with a greater range of goods and services and hence increase revenue and cover cost.

Limiting the ability to bundle can reduce consumer welfare in the form of higher prices. Consumers must buy piecemeal or a la carte that which they could otherwise enjoy in a bundle. Net neutrality regulation, however well-intentioned, has inhibited the ability of broadband providers to bundle goods and services. This has reduced their ability to compete, innovate, and earn revenue. Moreover it has created an unfair and harmful asymmetry with content providers which do not face the same restrictions. For example, it is well documented and generally uncontroversial that Netflix throttles its DVD-by-mail subscribers by limiting the number of DVDs heavy users can access. However broadband providers’ attempt to limit data in light of congestion or disclosed package amounts is challenged by regulatory activists as harmful. In both cases, Netflix and the broadband providers are trying to optimize scare network resources for all subscribers and to limit overuse by the most active subscribers, many of whom want to pay the lowest rate but enjoy a greater share of the network resources.

Bundling restrictions are typically proffered with unproven and untheorized assertions of “purity”, that broadband must be sold as a standalone service on the arbitrary categories of speed or volume to fulfill an elitist, aesthetic view of what the proper broadband subscription should be. Notably these are not necessarily the categories that consumers value. They may value quality, security, reliability, or other features, which are not accurately reflected by speed or data level, which means little to most customers.

To understand the negative impact of net neutrality restrictions on bundling, we examine the resulting bundles in Australia and South Africa, two countries which have never had net neutrality rules. These countries provide examples of wired (generally, unmetered) and wireless (generally, unmetered) networks and associated bundles which attempt to appeal to different customers with different needs and budget constraint. Australia has mainly wired broadband in households (with a very high percentage fiber), and most people in South Africa access only mobile broadband.

The two case studies suggest that markets can work out a variety of arrangements that ensure that consumers receive the content that they crave without putting the shackles on how broadband providers can charge. As in the case of Optus in Australia, this can involve some revenue sharing between the content provider (Netflix and others) and the operator (Optus). In South Africa, it is likely that most of the content consumed by users on mobile networks is advertising supported and the same model is not available. Mobile operators do not have market power which is one of the factors implying that the absence of ‘network neutrality’ (NN) regulation is not a problem. For mobile operators especially the absence of market power might indicate the suitability of some regulation to enable fair cost recovery from content providers (who have some market power due to copyright law).

Until recently, a metered broadband market prevailed in Australia for longer than in many other developed countries with ‘data caps’ and high overage charges. In this market, Netflix initially had no qualms about entering into deals with major broadband providers to have Netflix traffic exempted from data caps for mutual commercial reasons, although there was some hand-wringing later on.

Bulletin boards and social media in Australia have recently alleged that broadband providers sometimes throttle Netflix (and other streaming media traffic), but it is entirely possible that this is merely a marketing tool for VPN providers who claim to bypass this. Instead, new forms of cooperation between broadband and content providers have emerged. Major telco Optus in 2022 included Netflix as option on its SubHub streaming content subscription platform. That is, Optus broadband users pay a monthly fee for SubHub, from which they can then add Netflix (at $6 for the standard service) as an option. This is a commercial arrangement that the ITNE research (cited above) predicts.

Mobile broadband in South Africa is prepaid and metered with a few exceptions. Network operators bundle some local content services for mobile devices with data packages or make the content services available at discounted rates. Consumer can buy data (at a discount) that can be used only for one service e.g. WhatsApp. They can also buy packages with bundles of different kinds of data: X gigabytes general data, Y gigabytes WhatsApp and Z gigabytes streaming audio or video (on partner providers) for a fixed single price and period. Mobile data traffic in the country is increasing at a rate of 20% per year. The fact that ‘social bundles’ of content-specific data sell at a discount to general purpose data (which it should, otherwise there would be no point) should be read in conjunction with this data being sold in relatively big units or bundled in with general purpose data so that the revenue per gigabyte of (for example) YouTube data actually consumed need not necessarily be lower than for general-purpose data.

These two countries are interesting in themselves for never having net neutrality rules. For one, they both enjoy an open internet without ex ante price or traffic controls. Both countries have created indigenous internet innovation, including content, services, and applications relevant for their own people. Moreover, both enjoy competition, innovation, and differentiation in networks.  The no NN-rule Australia and New Zealand have enjoyed more flexibility to close the digital divide than the hard NN rule countries in Europe and Latin America where pro-consumer bundles are prohibited. Indeed some of the most innovative connectivity bundles were first tried by South African mobile operators, notably with free AIDS information for at-risk youth, a service that government health authorities initially refused to provide. Free connectivity for pre-natal care and malaria prevention were subsequently offered.

Net neutrality advocates claimed that bundles would harm markets by changing market outcomes in Chile, Netherlands, and Slovenia, countries which subsequently adopted hard net neutrality regulation. However empirical reviews of internet traffic in these countries showed that bundles did not preclude the emergence of new applications and services, nor did the bundled app or service change the market share, nor did the bundling broadband provider win market share because of the bundle.

To find out more about Middle Mile Economics: How streaming video entertainment undermines the business model for broadband and review the table of contents, contact Strand Consult.

Eight false assumptions on which national broadband plans are based

Broadband is good, the nation is a positive notion and most good things need a plan. If we put these three things together the result is a national broadband plan....